This has got to be one of the more exciting things to talk about when it comes to TV shows. Many sports-based TV shows have taken over, and are becoming more popular than ever. I’ve seen many, and I mean many, of these types of shows. Here are some of the best.

This show currently stands as one of HBO’s most popular shows right now, and the third season is set to close on Sunday, September 24th (And season 4 is currently already in the progress of being made). This show goes through the life of Spencer Strasmore (Dwayne “The Rock” Johnson), a former NFL player who now plays a role in the financial process of many professional football players. This shows is loaded with sports stars. You get to see famous players almost every episode (Antonio Brown, Terrell Suggs, Victor Cruz, the list goes on and on). Spencer controls the finances for athletes with his partner, Joe (Rob Corddry), through ASM, a financial management agency. This shows is fueled with excitement, drive, and lots of money in the form of cash, checks and contracts! From the beautiful setting of the show in Miami, to the amazing cars that roll up on the screen, this show will suck you in, and make you a person who has visions of living the life of Spencer Strasmore and company. 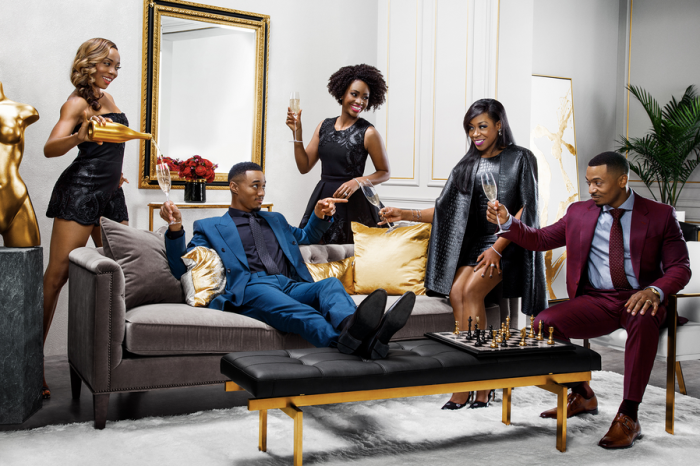 After signing a huge contract with Atlanta, NBA star Cam Calloway(Jessie T. Usher) packs up his Boston home and heads down to Georgia with his family to start the next chapter of his life. His cousin/manager, Reggie (RonReaco Lee), keeps an eye out for Cam as he has now become something out of nothing. After living through a rough childhood in Dorchester, Reggie knows there will be many former acquaintances of Cam looking to cash in on his new deal. This show does an incredible job of creating such an “out of sorts” family that people love to watch. The show is capable of showing humor in many ways, and also has many deep and meaningful parts that really make you connect to all the characters (especially towards the end of season 3). This show will take you behind the life of an all-star athlete, and gives one a perspective of what it’s like to be in their shoes. It’s a unique, up close and personal, and extremely humorous.

The show covering the college life of Blue Mountain State University back-up quarterback, Alex Moran (Darin Brooks). Moran, a QB from Cheyenne, Wyoming with great potential, doesn’t take the game too seriously, but thrives as a college partier. With Blue Mountain State coming off last season with a National Championship, coach Marty Daniels (Ed Marinaro) and captain linebacker Thad Castle (Alan Ritchson) try to seek out the amazing player that they know Moran is, while still living the life of crazy college kids. This shows is a must watch for any college student, as you will be instantly hooked on the aspect of the team’s play, hustle, and ability throw a party. These aren’t just any kind of normal parties either, these are the kind of parties that every college student dreams about. 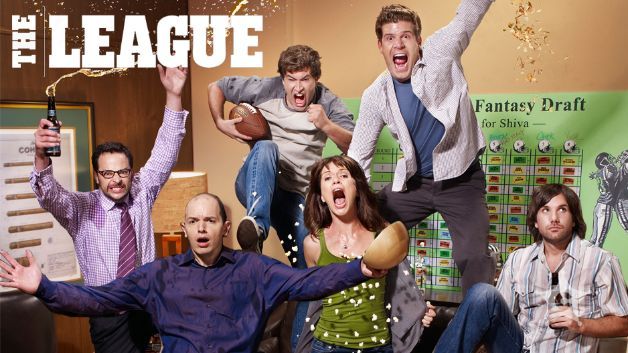 To start off, I know for a fact that this is a show that many of us can relate to. The League is a comedy about a group of friends in a fantasy football league. They’re all buddies and care about one another, but when it comes to the fantasy football league, they’re at each other throats every single week that football is on TV. If you take part in any kind of fantasy league, if you start watching this show, you’ll often find yourself in similar situations as the main characters, which makes the show so great, because it’s just so relatable. 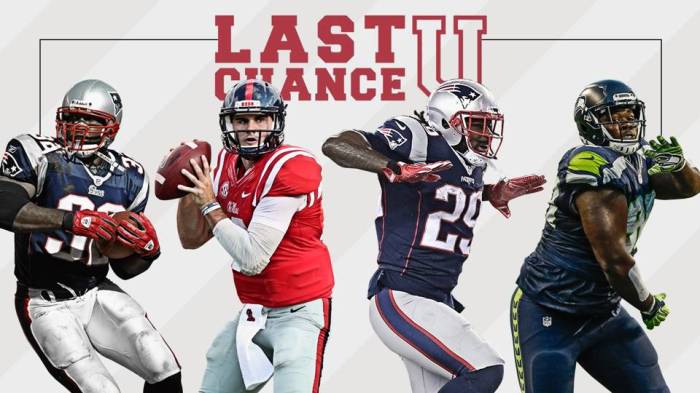 Last Chance U takes us through the gridiron of future NFL players, who started off their lives with continuous struggles, and still fight them today. The show focuses around football athletes at East Mississippi Community College, who could potentially be high ranked college players, but have complications getting there due to their pasts. EMCC gives these athletes another shot at redemption, another shot to learn from their mistakes, and create a better future for themselves in means of football. If they are able to stay on the right path, playing at this school can often lead to future offers at bigger and better universities, which is exactly what they’re there to do.

All in all, coming from the big sports fan I am, these 5 shows receive my approval. Each one has their own unique way to draw in any type of sports fan. But for me personally, if you were to take one thing from this post, I would want it to be that you watch Ballers (It’s personally one of my favorite shows ever).

View all posts by tvbatch

Find the shows you should be watching, as many will be categorized based to different personalities.